Orange-fleshed sweet potato (OFSP) is a relatively new crop for Rwanda with two decades of significant support from the NGO community. The crop is primarily grown as a livelihoods and food security crop with a strong nutritional component. The main challenges for OFSP include uncertain market demand and uncertain supply issues for processors, both of which are linked: due to the lack of a local fresh market, farmers may be reluctant to engage in OFSP production, while processors cannot engage in processing without assured supply.

Around 70 percent of sweet potatoe growers adopted OFSP and are being supported by the Rwanda Agricultural Board (RAB), International Potato Center (CIP) and other NGOs in the supply of vines and extension services.

Key findings in quality problems and losses for OFSP

Postharvest losses were measured using a modified Commodity Systems Assessment Methodology (CSAM). The CSAM is a methodology for describing and evaluating the planning, production, postharvest handling and marketing of agricultural commodities. The modified CSAM includes interviews of stakeholders, observations of handling practices, and direct measurements of quality and quantity losses throughout the value chain. 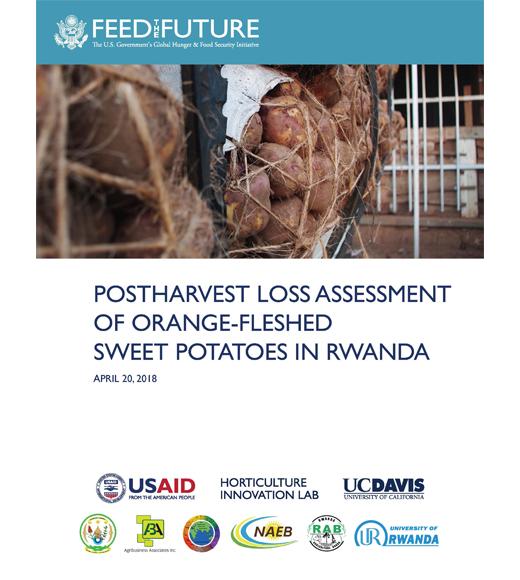