A version of this article first appeared on the Washington Post and UC Davis Food websites. Story by Brenda Dawson. Video by Max Fannin. Produced by John Mounier.

They say a farmer’s work starts before dawn, but in Cambodia’s Battambang province farmers work together late into the night to prepare their vegetable harvest for the overnight bus ride to the capital city’s markets.

A metal barn that was empty hours ago is now filled with colorful crates, buckets and bags of fresh produce — leafy greens, nubby roots and heads of cabbage — and neighbors bustling to fill boxes. This is a vegetable packinghouse, where members of the Tasey Samaki Agricultural Cooperative collectively market their horticultural crops to wholesale distributors and specialty retail stores.

These small-scale farmers have been working with researchers from the University of California, Davis, and Cambodia’s Royal University of Agriculture (RUA) to test new methods, like the packinghouse, for growing and selling produce locally. Their work is part of the Feed the Future Innovation Lab for Horticulture, a global network focused on fruit and vegetable research that is led by UC Davis and funded by the U.S. Agency for International Development.

“The impact of these innovations in Cambodia has been huge,” said Karen LeGrand, a UC Davis researcher whose work focuses on food safety and security. “Since we started working here 10 years ago, we’ve seen such a change in the food system.”

These innovations are helping farmers benefit from growing and selling horticultural crops, amid rising recognition that fruits and vegetables are not only critical to meet human nutrition needs, but can help farmers in developing countries lift themselves out of poverty.

More than 75% of Cambodians live in rural areas, and agriculture accounts for about a quarter of gross domestic product. Even so, the country currently imports more vegetables than it harvests.

“After the Khmer Rouge, the main farming focused only on rice,” said Borarin Buntong, director of RUA’s Division of Research and Extension. “But now people are not just thinking about rice anymore. They're thinking about vegetables, they're thinking about fruit. Many families now can have this kind of produce in their daily life. This is a big change for Cambodia.”

Converting rice fields into vegetable fields has allowed farmers to diversify their operations with high-value crops. Studies have shown that profits from vegetables can be 3-14 times higher per hectare than from growing rice.

To strengthen vegetable supply chains, the international researchers introduced farmers to using nets to protect their crops from pests. The idea came from Horticulture Innovation Lab researchers and French CIRAD scientists working in Kenya, where farmers use mosquito nets to cover vegetable plants. In Cambodia, the concept transformed into “nethouses” so farmers could walk inside to care for their crops. The nethouses reduce the need for costly pesticides and protect crops from torrential rain, allowing farmers to grow vegetables year-round, even in the rainy season.

One local family who has benefited from using a nethouse is Cheang Sophat and wife Hem Champa. The added profits made it possible to send their second child, a daughter, to college, and they are confident they can provide this opportunity for their 14-year-old as well.

Tapping into a growing market

The absence of pest bites in the nethouse means higher-quality vegetables. And produce marketers — whose customers want “safe vegetables” that aren’t contaminated with harmful chemicals, toxins or pathogenic microbes — are willing to pay higher prices for premium, pesticide-free vegetables.

Bun Sieng is one such marketer. Her company, Natural Agriculture Village, decorates their grocery displays with photos of nethouses and works closely with farmers to meet demand.

“Customers in supermarkets are willing to pay more when they trust the quality,” she said. “I focus on buying from smallholder farmers.”

It’s these market connections that have helped make nethouses a popular innovation among Cambodian farmers. From the first experimental models about six years ago, nethouses have spread through multiple provinces and even spurred a start-up company to build them for farmers.

“If you look at the demand [for safe vegetables] … the supply does not yet meet those demands,” said Lang Seng Horng, founder of a wholesale company called Remic. “But we see the trend of safe vegetables, the supply increases from year to year.”

For many Cambodians connected to this project — whether farmers, scientists, or marketers — the work is personal and driven by an urge to improve the country’s food system for their compatriots.

Increasing fruit and vegetable availability is not just about growing more, but also how crops are cared for after harvest — a need the packinghouse concept helps address. At night, the fresh vegetables are washed, air dried, sorted, trimmed and packaged for their ride to the city.

“With this project, the postharvest loss reduction is notable,” said Buntong, whose academic specialty is postharvest technology, such as packaging and cold storage.

The cold storage room — central to the packinghouse design — is built with a CoolBot, a device that tricks an air conditioner into achieving colder temperatures and costs less to buy and maintain than commercial refrigeration. Buntong first heard about the CoolBot from Horticulture Innovation Lab colleagues, who have used this tool in other developing countries.

“Cooling is the most important element of keeping fruits and vegetables fresh, so we must find ways to establish a cold chain in emerging economies,” said Elizabeth Mitcham, director of the Horticulture Innovation Lab and postharvest specialist with the UC Davis Department of Plant Sciences.

“I’ve heard too many people write off fruits and vegetables as just too perishable. But the interest in CoolBots and cold storage in Cambodia is one example that shows this is solvable,” Mitcham said.

Improved technologies and practices at the packinghouse also mean farmers who use the facility can become certified in “good agricultural practices” or GAP, an international food safety standard commonly used in export markets. Not coincidentally, the country’s first GAP-certified farmer is one of the leaders of this packinghouse.

“Now many of the farmers … can invest in new innovations for their farming,” said Buntong. “Because they have a nethouse for safe vegetable production, the market trusts in [them].”

Horticultural crops are often a way for farmers to earn quick money via short crop cycles on small plots of land, but the strong market connections for Cambodian farmers mean consistent income too.

Take farmer Chho Bunteoun for example. He’s earned more income from the packinghouse cooperative and used initial profits to improve the village road by his house, making it less muddy and smoother for transporting crops. He’s building a nethouse now and is so confident in its success that he’s making plans for a second one.

“If there is a chance for you to come back here again, this road may be even nicer and my house may look nicer,” he said in Khmer. “I will start growing [more] vegetables and constructing [another] new nethouse, step by step.”

With local science to feed the future, innovations spread

The partnership between UC Davis and RUA has also advanced science at both institutions. More than 300 students have worked on the project over the years, and the high-profile research has helped the Cambodian university gain recognition among funding agencies and donors.

The collaborative methods used by UC Davis researchers have been key to the international research project’s success.

“They do not give us the solution directly, but we work to solve the problem together. Like on-the-job training, it’s a very good approach for me,” Buntong said. “Because of this approach, the Royal University of Agriculture is prepared to continue supporting the kind of technical innovation that we have been working toward for the last 10 years.” 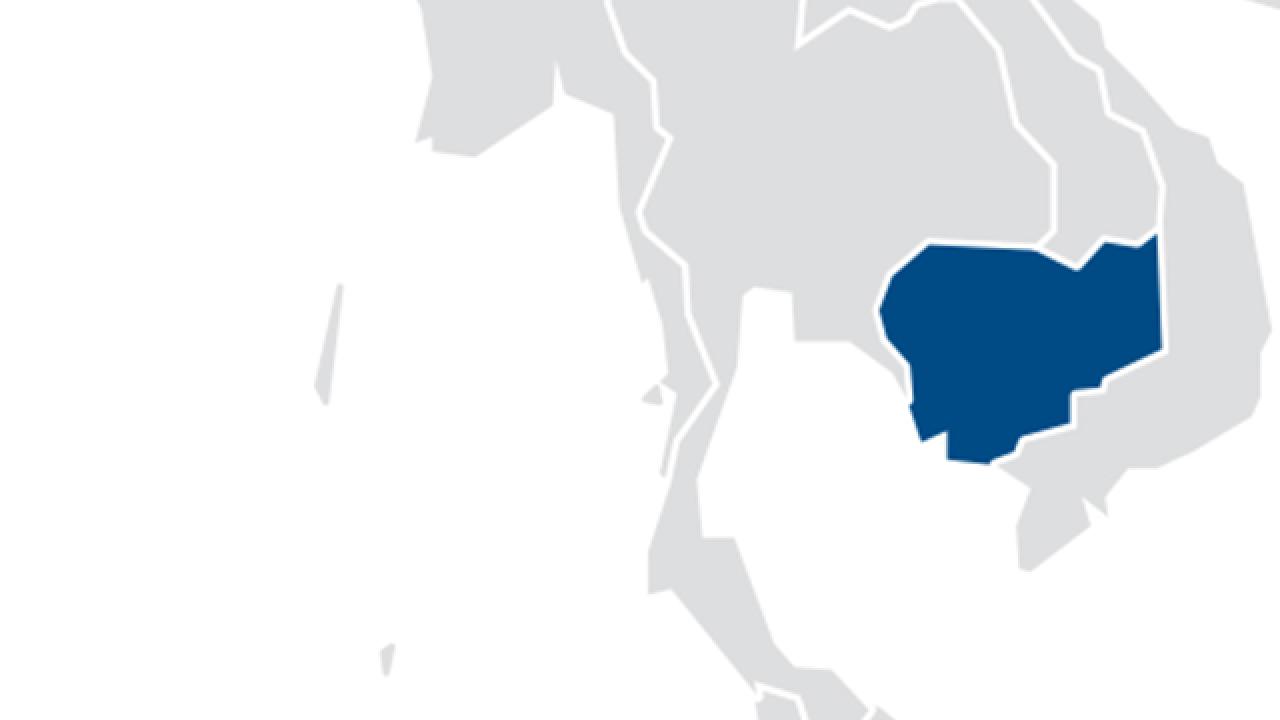