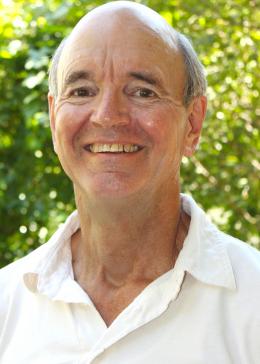 Collaborators
Former leader of technology and innovation
Based In
Davis, California (USA)

Michael Reid previously served as the Horticulture Innovation Lab's leader for innovation and technology, where he identified and developed new technologies to address constraints to horticultural production for smallholder farmers. Michael still collaborates with the Innovation Lab providing expertise while in retirement.

He is currently a professor emeritus at the University of California, Davis, and a postharvest extension specialist emeritus with the UC Division of Agriculture and Natural Resources, after officially retiring in 2010. For the majority of his career, Michael worked with the California flower industry on improving the life of cut flowers and potted plants. Among other awards, he was inducted into the California Floriculture Hall of Fame. He also served as Editor-in-Chief of Scientia Horticulturae for 10 years. He was first appointed to the university in 1979.

Michael is driven by a long-held passion for improving the livelihoods of people in the developing world. A plant physiologist and molecular biologist by training, Michael is also interested in engineering, electronics, and information technology. He developed technologies for overcoming the effects of ethylene, improving water relations, and reducing pathogen attacks on flowers. He has worked with flower growers throughout the world, in Europe, Asia, Central and South America, Africa, and Australasia. In addition to English, Michael speaks French and Spanish.  He holds degrees from the University of Auckland, New Zealand, including a B.S. in botany, M.S. in microbiology, and Ph.D. in cell biology.

When I'm not working, you can find me …
Building a house in New Zealand.

Favorite agricultural advice?
The best fertilizer is the footsteps of the farmer.

Memorable fruit or vegetable encounter:
Smuggling a durian fruit into my hotel in Thailand.

DryCard team honored as 'Innovators of the Year'

The team that invented the DryCard™ and has been working to scale it globally was honored at the UC Davis Chancellor's Innovation Awards.

A new invention from UC Davis researchers won a competition as the top emerging technology to reduce food loss and waste across the African continent.

UC Davis researchers invented a low-cost, easy-to-use tool that farmers can use to measure food dryness to improve food safety and quality, called the DryCard.

Editor’s note: Michael Reid shares highlights from a five-day short course on postharvest handling of horticultural crops, funded and led by the Horticulture Innovation Lab in Tanzania this summer.

A small-scale American farmer invented the CoolBot for low-cost cooling with an air conditioner, which the Horticulture Innovation Lab is using with farmers and researchers around the world.

A team from the Horticulture Innovation Lab recently led eight days of training in Bangladesh about improving postharvest practices for fruits, vegetables, grains and flowers.

Developing energy solutions for horticultural production in Honduras and Thailand

How to build a chimney solar dryer (Manual, Section 1)

Success story: How one farmer’s invention is reducing food waste

Potato storage in Bangladesh and other innovative technologies

Postharvest Technologies for the Developing World

Feasibility analysis of the CoolBot